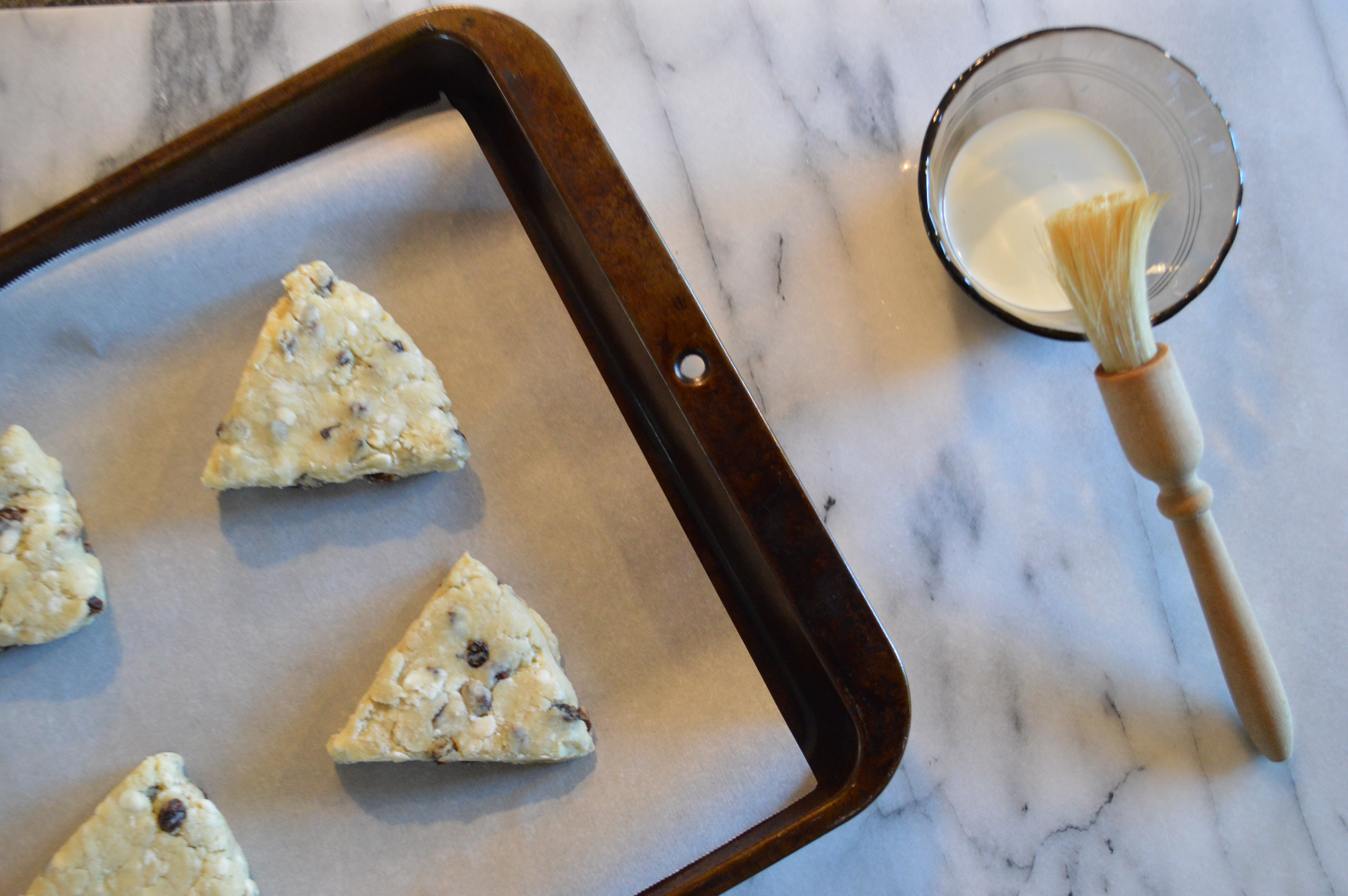 For some people, I imagine the word “relaxation” conjures up images of a white sand beach somewhere near the equator. But my personal idea of paradise would have to be the English countryside. Rather than sunbathe with the book of the summer, I want to get the flowers like Mrs. Dalloway. I want to drink fresh milk and eat biscuits in a secret garden with Mary Lennox. I want to spend the day gossiping with the ladies of Cranford.

Alas, I’m stuck on the wrong side of the pond. But I can dream, right?

When I was in the UK a few years back, I like to think I had my first proper introduction to scones. Sure, I’d had the orange scones at Panera before (and those still have their place). But British scones, savored with afternoon tea, were a different animal. Smothered with clotted cream and jam, they were little biscuit-y puffs of pure luxury. Scones are one of those things that make you believe England must be the most civilized country on the planet.

Now, when I think of scones, I think of sipping tea in a chair overlooking an English garden, of lush greenery and the sound of twittering birds, of a cool breeze on a gray, misty day, of – dare I say – a simpler time.

These scones don’t quite look like the ones you find in the UK, but for me, they have the same transportive quality. Sometimes I’ll enjoy them unadorned by compotes or clotted cream; other times I pile on the toppings. They’re always accompanied by milky tea and classical music. And when I close my eyes and take a bite, it almost feels like I’m sitting outside my imaginary British manor on a spring day. Almost. 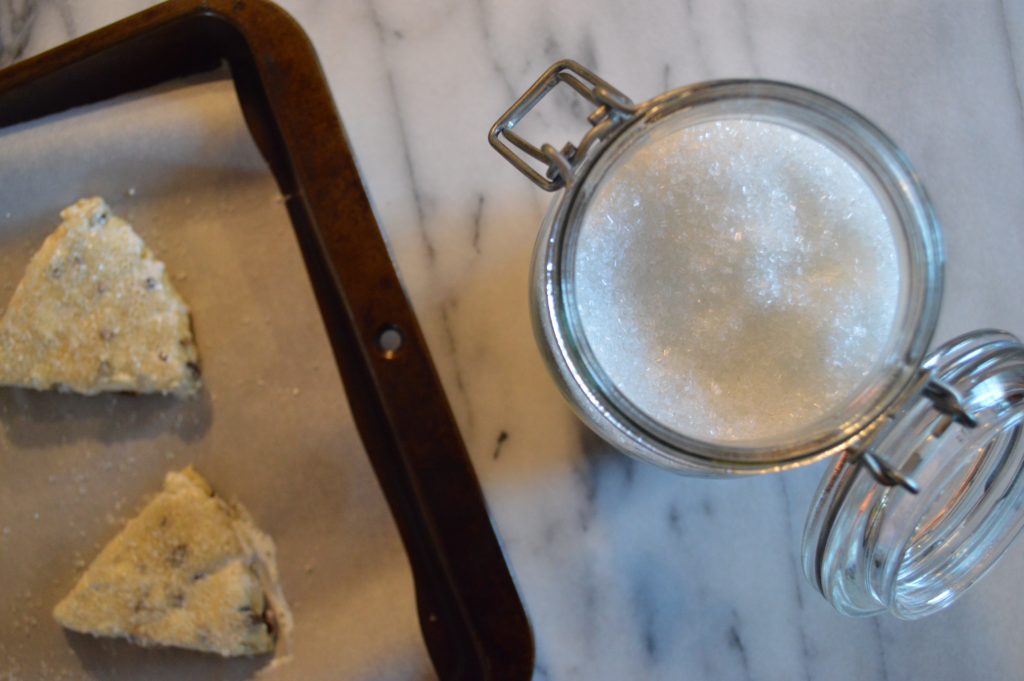 *Note: Through an innumerable number of batches, I’ve come up with a few alterations that serve me quite well. The recipe calls for you pat the dough into one round and divide it into six scones – by all means, do that, but I’ve found that can be a bit too much scone for one serving (I can’t believe I said that), so I divide the dough in two, and pat each lump of dough into a round and divide in six as per the instructions. This means more scones! Yay!

Also, scones are definitely best the day they’re baked. I’ll brush cream, sprinkle sugar, and bake just as many as I need for that day, and keep the rest in an airtight container (separated by layers of parchment) in the fridge, before they’ve been brushed with cream. When you want more, pop them out of the fridge, let them warm up for about 10 minutes, then brush with cream, sprinkle with sugar and bake for the regular amount of time.

And that sprinkle of sugar on top is key. KEY. Bob’s Red Mill sells a big bag of clear sanding sugar that’s just the kind you need. Sprinkle with abandon! 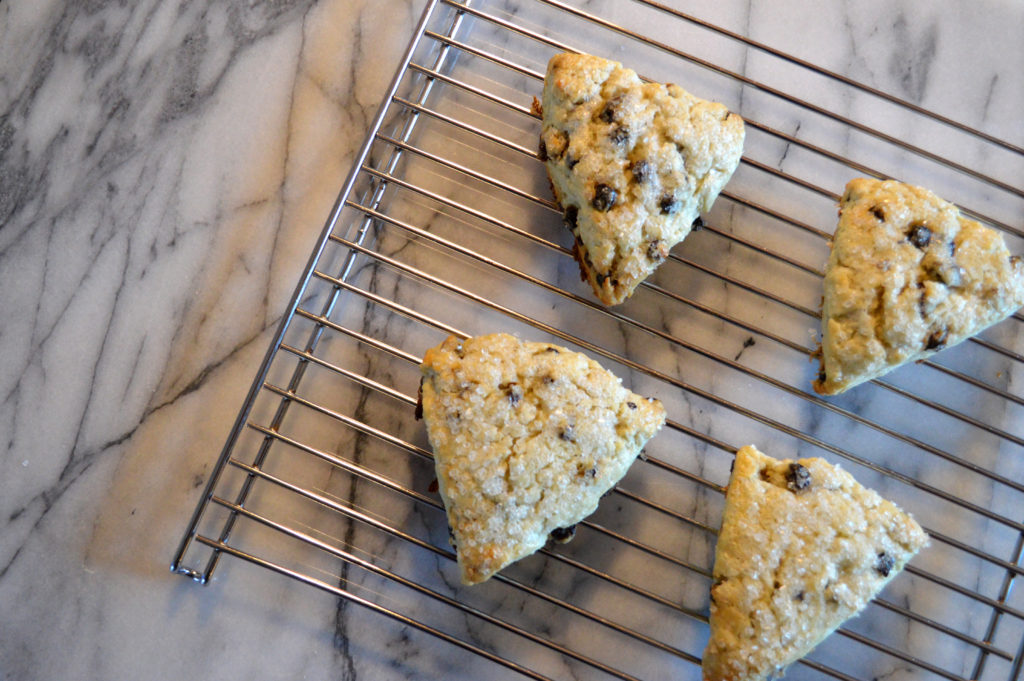 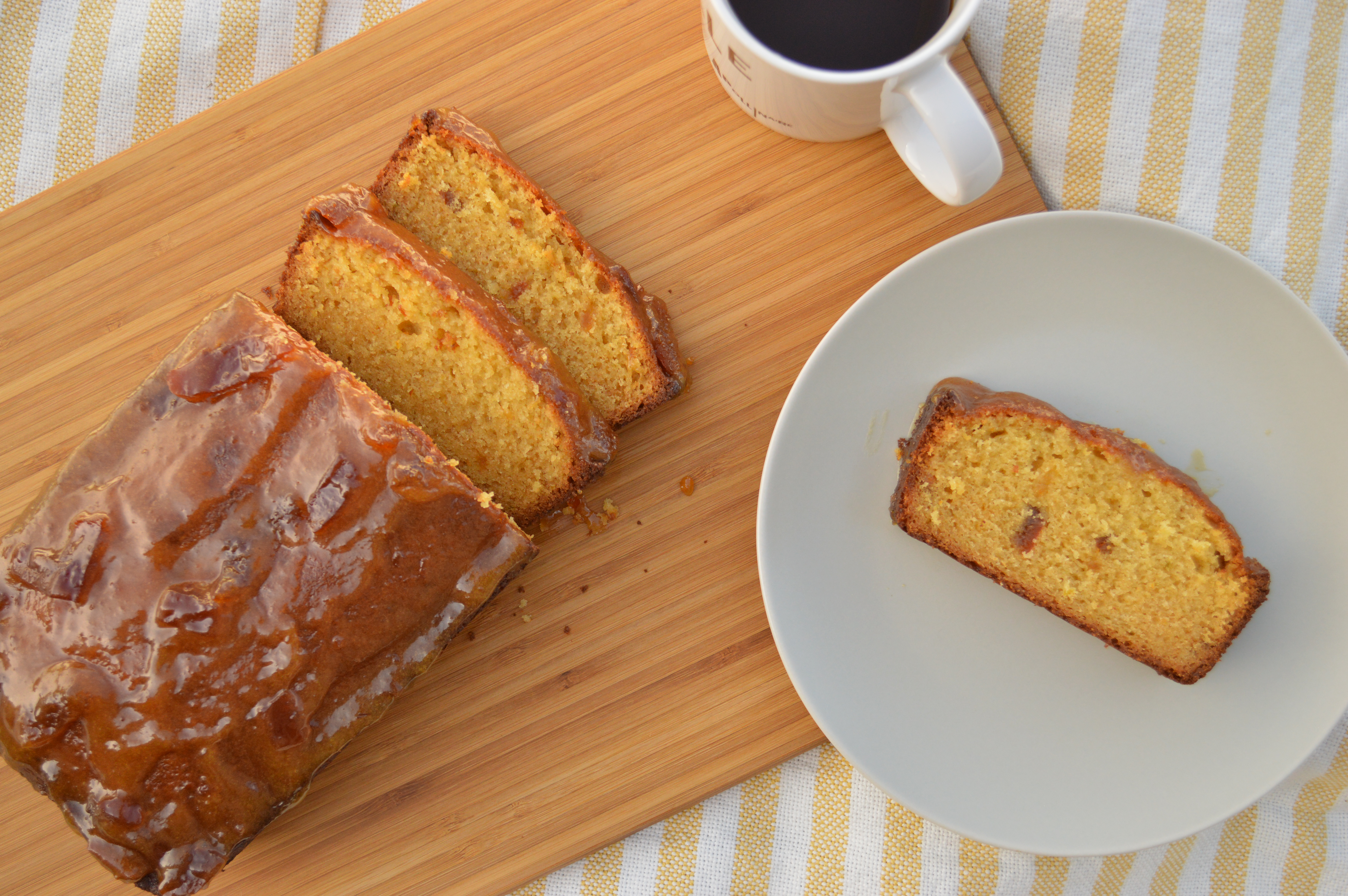