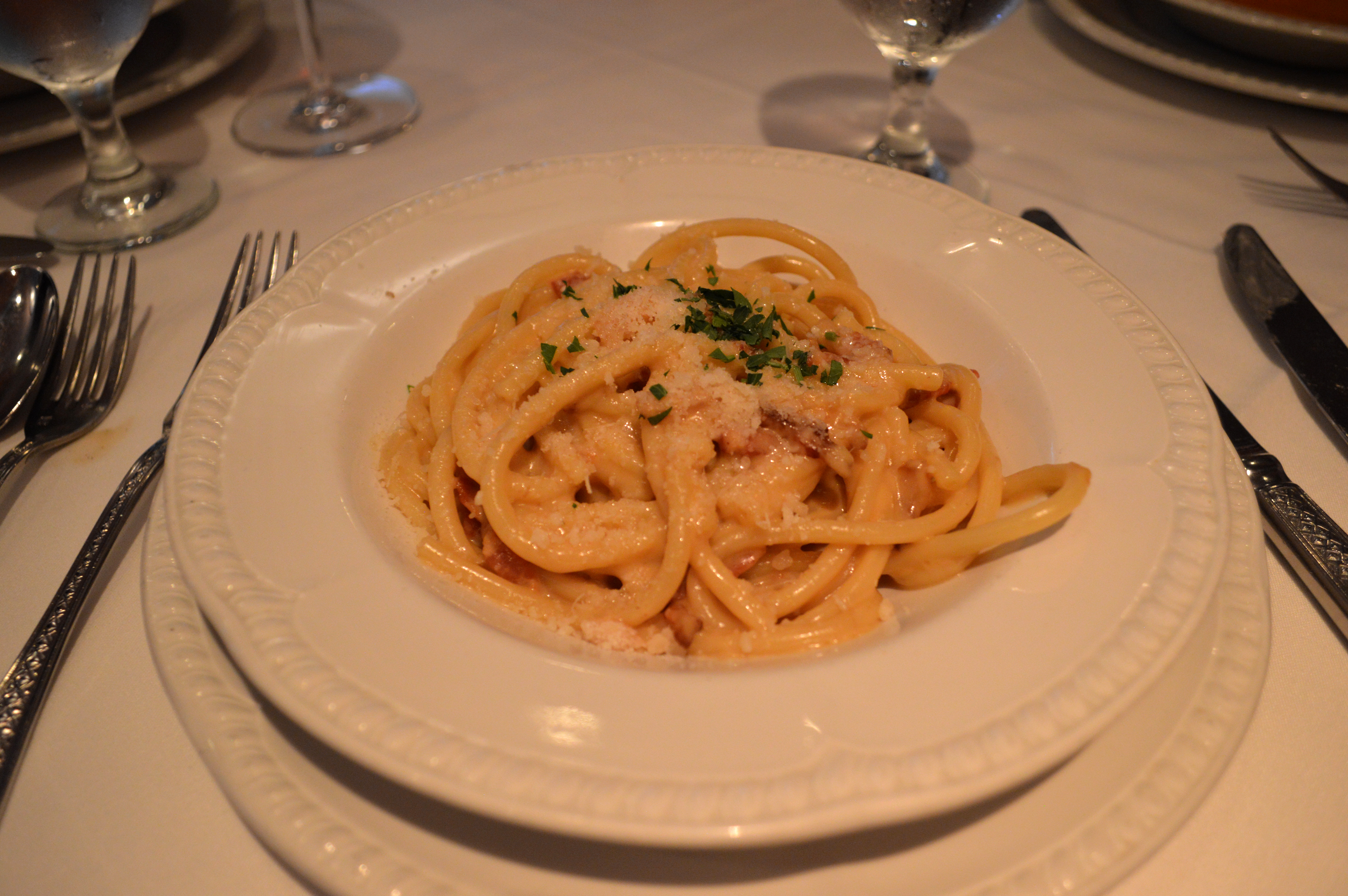 The past few years, I’ve been lucky enough to spend my birthday in some exciting places – Paris was last year, and London was in 2014 – or just on vacation, as in the case of 2015, when I turned a year older on Maryland’s Eastern Shore (truly one of my favorite places, but that’s besides the point). This year, my birthday snuck up on me, and I didn’t have anything big or exciting planned. So, taking a cue from Dev’s solo birthday dinner in Master of None season two, and decided o book a table at a fancy little Italian place in Baltimore’s Little Italy. (Though, unlike Dev, I brought family with me.)

There’s an overwhelming number of restaurants in Little Italy – no surprise there – and I wanted to make sure I picked the very best one. So, I did research: reading Yelp and Trip Adviser reviews, skimming menus online, consulting Baltimore Magazine’s Best Restaurants list. What did people do before the internet? After a time, I settled on Aldo’s Ristorante, a little old-fashioned place that had a higher percentage of five-star reviews than most and was lauded with some pretty glowing reviews.

My birthday eating team and I walked up to the doorway of Aldo’s, flanked with columns, and – I hate to use this line – we were transported. We were led through the front bar to the atrium at the center of Aldo’s, then seated at our table just to the side. Tuxedoed waiters walked to and fro, the sparkling water flowed, dishes of olives glistened on the tables.

We ate ourselves into comas that night, devouring two starters and a main course each – and Aldo’s does not mess around with the starters. My escargots, with rich, creamy lemon butter, shiitake mushrooms and puff pastry was a portion of food the size of which I’d normally eat for lunch, but I have no regrets. The waiters delivered the dish with a spoon to scoop up all of the sauce, and you had better believe I scraped the bowl clean.

I continued with a small portion of pasta carbonara, curious to try an authentic interpretation of the dish I’d just attempted to make at home a few weeks before (and subsequently murdered). Their bucatini was a pasta like no other. The texture alone was firm and toothsome yet tender, never gummy or mushy. Each noodle was like a tiny snake, cloaked in a sauce so rich and salty and savory it could kill you (either from heart failure or pure bliss).

All the while, instrumental versions of old classics crooned overhead, and waiters stopped by to refill glasses wordlessly, even if just a sip’s worth was missing. Our server, despite his formal garb, was jovial.

The meal came to a crux with the ossobuco, a beautiful bowl of slow-braised veal shank, including its monster bone, atop a bed of creamy Parmesan risotto. This is a sinful dish: buttery risotto, deep brown, caramel-y meat so tender you don’t even need a knife to cut it and a bone filled with marrow (this was my first encounter with it, and I recommend it beyond all recommendations: it’s a smooth, nutty, pudding-like thing, with umami notes of beef and butter).

And then comes the point when the evening begins to feel like a dream.

We were set to leave – I had a strawberry-almond birthday cake waiting at home – when our server brings me tiramisu with a birthday candle. This was a tiramisu to end all tiramisus, so delicately layered and carefully considered were the flavors and textures. He also comes bearing the gift of house made crema di limoncello, like frothy lemon icing in glasses. We all laugh together.

We pay. I go to the bathroom, smile at myself in the mirror because this is the kind of meal that you remember for a lifetime. When I come back, our server is still talking to the rest of our party, and invites us upstairs to see all of the rooms available for special groups and business dinners. He tells us how Aldo himself did all of the woodwork and cabinetry; how he bought two side-by-side storefronts and merged them with the light-filled, stucco-walled atrium that now runs down the middle of the restaurant. He invites us to touch the walls of the library room, papered in something that feels like suede. He takes us down two flights to the wine cellar, turns on all the lights, and it looks like it could be a movie set: exposed brick, wine bottles lined up on shelves, wall sconces and a wooden table and chairs, and he tells us stories.

He sends us out with warm farewells into the glittering night, and I leave with the reminder that food really is the best thing humans do. And I can’t help but think that this lives up to any night in Paris. 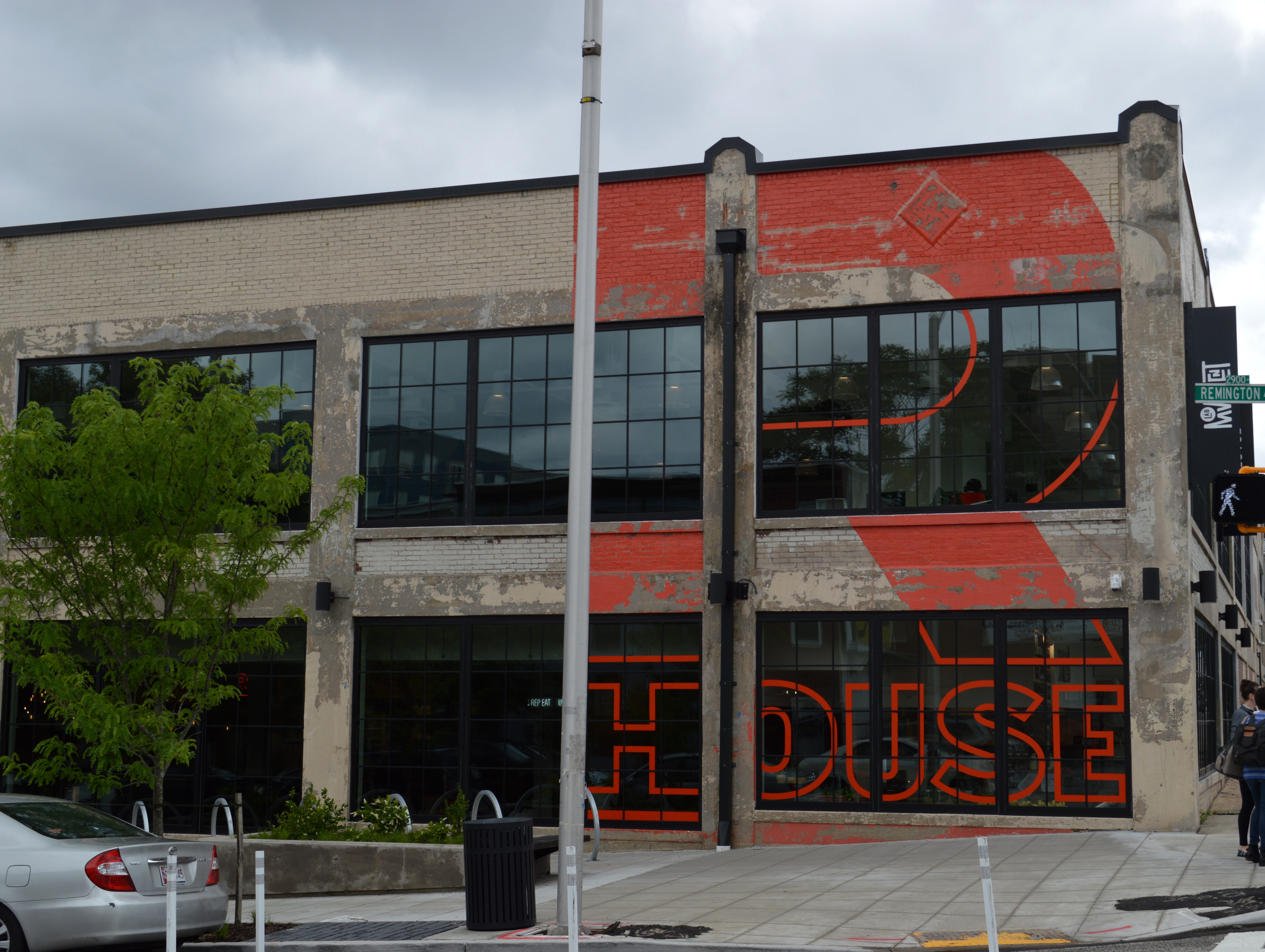