Pizza is amazing. This is a universally acknowledged fact. I don’t eat it all that often, but when I get a craving, you better believe that there’s nothing else that’ll hit the spot.

But what topping to get? I won’t touch the subject of pineapple, but sometimes I feel like something other than plain cheese. And that’s when I realize by best bet is to make a pizza myself. You can do it too, and it’ll take the same amount of time as ordering out for delivery. Promise.

Granted, this works best if you have some pre-made pizza crusts stashed in your freezer. You could make it yourself, and you should at some point — but if it’s 8:00 after a long day and you’re staring down the fridge, store bought is just what you need.

Here’s the game plan: pull a frozen crust (or two) out of the freezer. Crank your oven to about 425º, depending on the recipe. Pull out your ingredients and get to work shredding cheese and chopping veggies. Consider whether you want to go the trendy, runny-egg-on-top yolk (you do). Get all of your toppings handy, throw them on the crusts, and toss them in the oven. 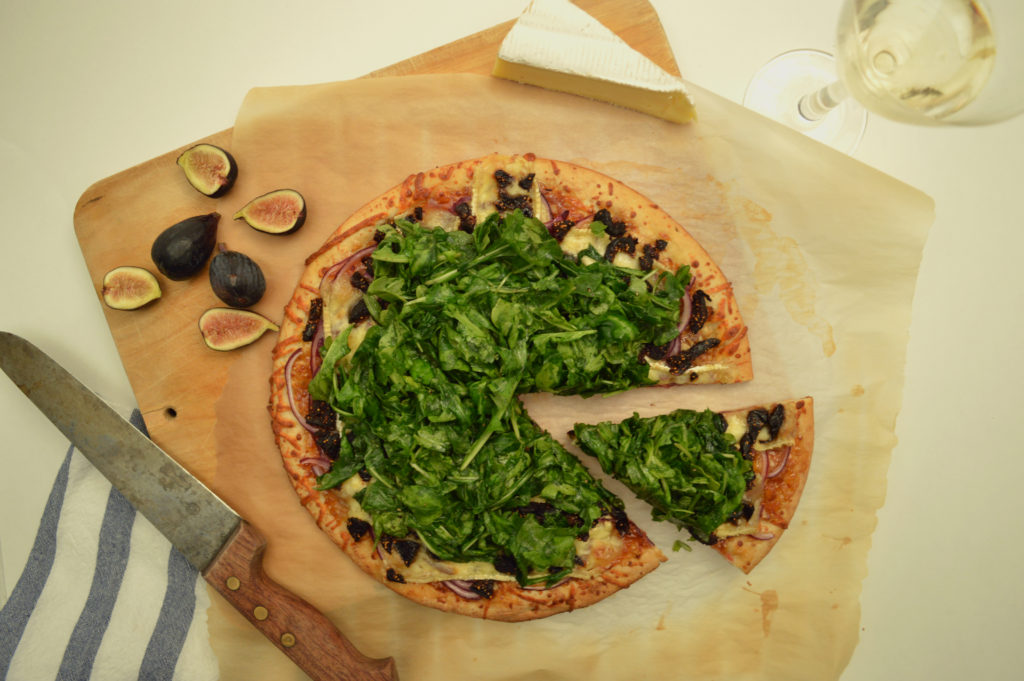 I’m partial to this salty, gooey, creamy, ultra-savory pie, and the brie-and-fig number that’s topped with crisp arugula from this cookbook. Skeptical about a meal of two white pizzas? Don’t be — these two offer wildly different taste experiences. One is salty and cheesy; the other is sweet and mild.

There you have it — artisanal pizza for dinner in no time at all, best enjoyed with a glass of wine. You’ve had a long day.

And who knows, maybe the next time a craving for pizza hits, you’ll set down the phone and step into the kitchen instead.